Thought for the Day


Our double standards re Mosul and Aleppo are quite chilling and quite frankly, inexplicable. The West started all of this. We deposed Saddam Hussein, Mubarak and Gadhafi. Our clueless politicians were cheerleaders for the Arab Spring, which wiser heads deemed the Koranic Winter. We kick-started Isis. We gave hope to the terrorist "rebels" in Syria that we would help them depose Assad. We interfere everywhere whilst never understanding Islam. And witless journalists just pour fuel on the all too predictable Islamic inferno.
Posted by Paul Weston at 05:03 3 comments:


The Daily Telegraph joins a long list of those who have submitted before Islam. The following article was titled Muslims Like Us is a wake-up call for Islamophobes everywhere which attracted some 173 comments, the vast majority of which though the DT was propagandising on behalf of Islam. The article was about the ghastly BBC Muslim Big Brother show, which really is all about pro-Islamic propaganda. Unfortunately, the Telegraph is now behind a pay-wall, so I will reproduce the full article below.

Before it had even aired, Muslims Like Us (BBC Two) generated the kind of publicity that television producers would give their next commission for. The format of pointing cameras at a group of 10 disparate Muslims brought together under one roof gained immediate notoriety for including in its cast one Abdul Haqq.

Haqq, formerly Anthony Small, had been a champion pugilist before he embraced a somewhat dogmatic interpretation of Islam, subsequently serving time in Belmarsh for, let’s just say, nefarious activities. Long before we had seen the programme, the BBC was widely chastised for providing a platform to a self-confessed terrorist sympathiser. One tabloid described it as a “Muslim Big Brother”.

However, from the moment Haqq walked into the Apprentice-style luxury rented accommodation and started handing out leaflets about how women should dress, it was obvious he was not going to get very far spreading his message among these housemates. What became immediately clear was that try as he might – and boy was he trying – his fellow Muslims found him nuttier than the fruitcake he doubtless regards as the food of Satan.

“This is so pathetic,” said housemate Saba, as Haqq refused her greeting with the observation that the Koran forbids him from shaking hands with a woman, “what he gives you is the illusion of knowledge. He’s bogged down in the literal interpretation of words.”


This was the fundamental (and fundamentalist) point. For most of the housemates, Islam was a background comfort in their lives, prayer an opportunity for contemplation. It was certainly not the excuse for fascistic intolerance. These were good folk no more likely to be swayed by Haqq’s dogmatic misreading of the Koran than would be the Archbishop of Canterbury.


"Our sufferings today are the prelude of those you, Europeans and Western Christians, will also suffer in the near future. I lost my diocese to Islam. The physical setting of my apostolate has been occupied by Islamic radicals who want us converted or dead. Your liberal and democratic principles are worth nothing here. You must consider again our reality in the Middle East, because you are welcoming in your countries an ever growing number of Muslims. Also you are in danger. You must take strong and courageous decisions, even at the cost of contradicting your principles. You think all men are equal, but that is not true: Islam does not say that all men are equal. Your values are not their values. If you do not understand this soon enough, you will become the victims of the enemy you have welcomed in your home.”

Our Prime Minister may be a Christian, but you could be forgiven for believing that our Home Office is now an Islamic fiefdom. Why else ban the Archbishop of Mosul from visiting the UK, but issue visas to Muslim preachers who advocate the stoning of homosexuals?

It is an historic moment in the historic city of Mosul (bordering Nineveh—the cradle of ancient civilisation). Over 100,000 Christians fled the Iraqi city in one night after so-called Islamic State (Isis) launched a genocidal jihad against the Christian population, who numbered two million in 2003. The entire population was issued with a 24-hour ultimatum—convert to Islam or die.
Iraqi and Kurdish fighters supported by coalition air strikes are fighting to free Mosul from the stranglehold of Isis in a knife-edged battle that reminds me of Tennyson’s Charge of the Light Brigade.

The Archbishops of Mosul and of the Nineveh valley, Nicodemus Daoud Sharaf and Timothius Mousa Shamani should be hailed as heroes. In June, Archbishop Nicodemus was in Strasbourg addressing the European Centre for Law & Justice on the genocide facing one of the world’s oldest Christian communities.

But our Home Office slammed the door in their faces and told them there was no room in the Immigration Inn, even though they were invited to attend the consecration of the UK’s first Syriac Orthodox cathedral in London to which Prime Minister Theresa May sent a letter to be read out to the congregation. The Home Office also refused entry to Archbishop Selwanos Boutros Alnemeh, the Archbishop of Homs and Hama in Syria. 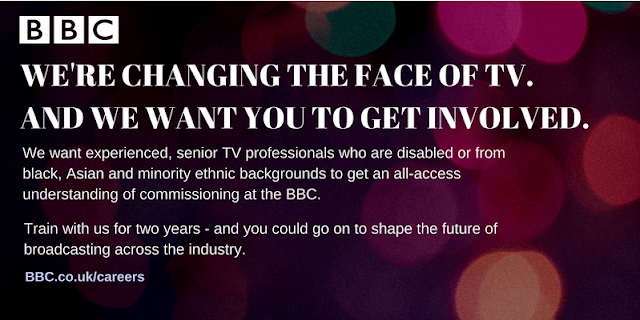 I write in response to your recent career advertisement. I am a disabled Nigerian female currently transitioning from a male body. People tell me I am physically attractive despite my height-to-weight ratio of 4’6’’ and 20 stone. Bigoted and prejudiced potential employers consider this a drawback, owing mainly to my inability to actually get out of bed of a morning. This “fat-shaming” has severely impacted on my mental well-being as I am sure you can imagine! I possess all my own teeth and a garishly framed copy of my degree in Voodoo and media-studies from Lagos University – which is certainly not a forgery I hasten to add! My friends advise me the BBC is an equal opportunities employer seeking to further their diverse work force, so I would like to apply for the post of financial controller if I may. I won’t actually be able to attend an interview in person of course, but rest assured I am more than capable of running the show via a lap-top perched on a cushioned bed tray! I do hope you will drop round for a chat about this, and would only add one further strand of diversity into the equation – which is my political leanings toward Donald Trump and capitalism. I’m sure such truly diverse employees are under-represented within the BBC so I expect to hear a positive response from you in the very near future!