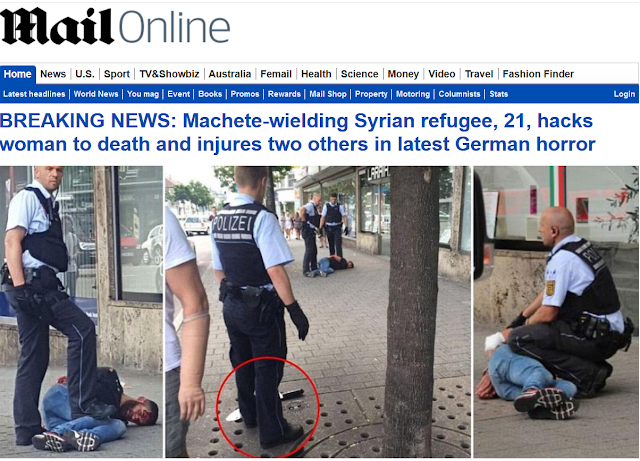 The numbers involved are huge. One million mainly young Muslim males last year, most of whom will bring at least five family members which could well include four wives if they so choose. If the four wives go on to have four children each – as is the average today for Muslims in the West - Germany’s next generation will be Muslim majority.


There are rumours suggesting 70% of these new migrants are functionally illiterate and could cost the German state up to 1 trillion Euros. Outside observers can only watch in disbelief as Europe’s most powerful country commits economic suicide prior to being taken over by the barbarians who bankrupted it.

This ongoing tragedy is beyond comprehension and sanity. I spoke about the suicide of Germany recently. For those interested, it can be viewed below.