One Week In The Death Of Britain

The rapid descent of Britain into a racial, cultural, economic, moral, educational and societal ruin continues apace. The following stories are gleaned from newspaper articles printed in just one week:

We learn that despite David Cameron’s lofty ambition of reducing immigration to the “tens of thousands”, a record 586,000 immigrants arrived on the shores of this small island in 2010. As a result, 344,000 disillusioned people immediately voted with their feet and emigrated. Many of those leaving would have been indigenous Brits, although this cannot be verified because there are no real border controls. 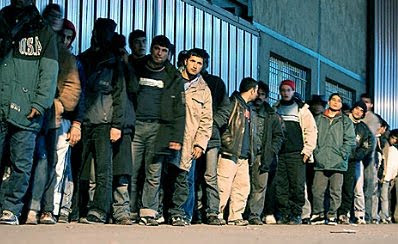 Why Is This Not Treason?

A nation can survive its fools, and even the ambitious. But it cannot survive treason from within. An enemy at the gates is less formidable, for he is known and carries his banner openly. But the traitor moves amongst those within the gate freely, his sly whispers rustling through all the alleys, heard in the very halls of government itself. For the traitor appears not a traitor; he speaks in accents familiar to his victims, and he wears their face and their arguments, he appeals to the baseness that lies deep in the hearts of all men. He rots the soul of a nation, he works secretly and unknown in the night to undermine the pillars of the city, he infects the body politic so that it can no longer resist. A murderer is less to fear. The traitor is the plague. — Cicero

On the 3rd of January 1946, William Joyce, better known as Lord Haw-Haw, was the last man in Britain to be hanged for the ancient crime of treason. Unless a future government changes the law it is unlikely that traitors will ever dangle again, after Tony Blair rather conveniently repealed the death penalty for such a crime in 1998.

That is not to say treason no longer exists. Now the full extent of Labour’s thirteen-year rule has become apparent, an increasing number of Britons are volubly accusing the Labour Party of wilfully and cold-bloodedly betraying Britain and deliberately jeopardising our children’s future.

Lord Haw-Haw of course sided with the Nazis during the hot war of 1939-1945. The recent Labour government might not have been operating in a hot-war theatre, but they certainly carried out a warm-war against the British (principally the English) via mass immigration from one of the most hostile and anti-Western countries in the world, Pakistan.

Consider some of the following statistics: